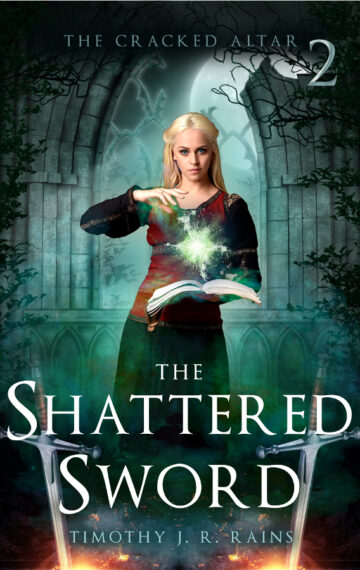 A Traitor at Large. A Conspiracy Unveiled. A Kingdom on the Brink of War.

The battle for Klomm is over and Count Olgris is in custody. But many questions remain—and as usual, the woman with all the answers has made herself scarce. New suspicions arise, casting doubt on the involvement of the Grand Mage. And with the army soon to march, King Vashean finds himself asking how far he’ll go for the sake of peace.

Greatly diminished, Kerstin emerges from the shadows to entangle Sir Gilkrist in a perilous scheme, a quest that will take them across the realm, through the very midst of her enemies to regain the source of her power—and retrieve her idiot niece.

Meanwhile, deep in the mountains of Kodzir, Hinkle must brave perils of her own. She explores the dark halls of a nightmare castle, desperate to understand the mysterious enchantment which has taken hold of her—and which ultimately prevents her from leaving. But not everything is as it seems, and even the dungeons of Stel’ Calghād are haunted by Kerstin’s secrets. And as Hinkle discovers the true depths of her aunt’s treachery, she begins to realize how far Kerstin will go for the sake of power.

The question is … what will she do when she gets it back?