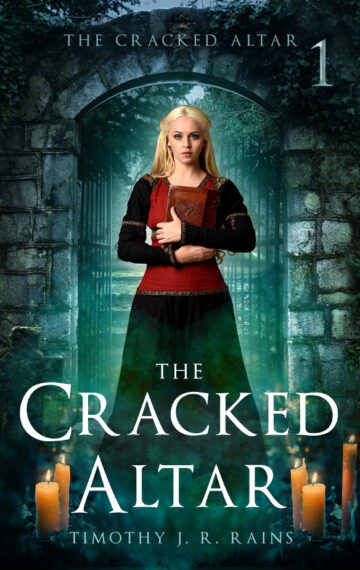 A Missing Princess.  A City Under Siege.  A Compendium of the Blackest Sorcery.

His fury rages through the city of Klomm. Houses burn. Innocents lie slaughtered in the streets. Yet countless lives are a petty sum for such great deal of power. With the spellbook, Kerstin can contend with the unspeakable horrors conjured by the Grand Mage.

But can Sir Gilkrist help her … or will he devise a dark purpose of his own?