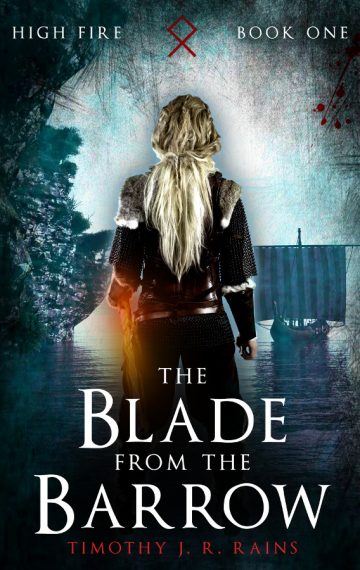 It has been sixteen years since the infamous berserker Angantyr Arngrimsson and his eleven brothers were struck down on Samso Island. But, on the cold coast of northern Scandinavia, echoes of their savagery linger on …

With a scathing tongue, a volcanic temper, and a punch that could drop a polar bear, Hervor, Princess of Lofoten, is a hurricane of trouble. After discovering the truth about her father, she’ll do whatever it takes to retrieve his magic sword and carry on his name. But that means exhuming a terrible curse, and she soon finds herself with few friends and a whole lot of enemies.

The explosive start of the High Fire trilogy, The Blade from the Barrow is a Viking fantasy composed of an epic blend of history and Norse mythology. Fans of The Red Queen’s War by Mark Lawrence or Joe Abercrombi’s Shattered Sea won’t want to miss this visceral retelling of the Tyrfing Cycle.