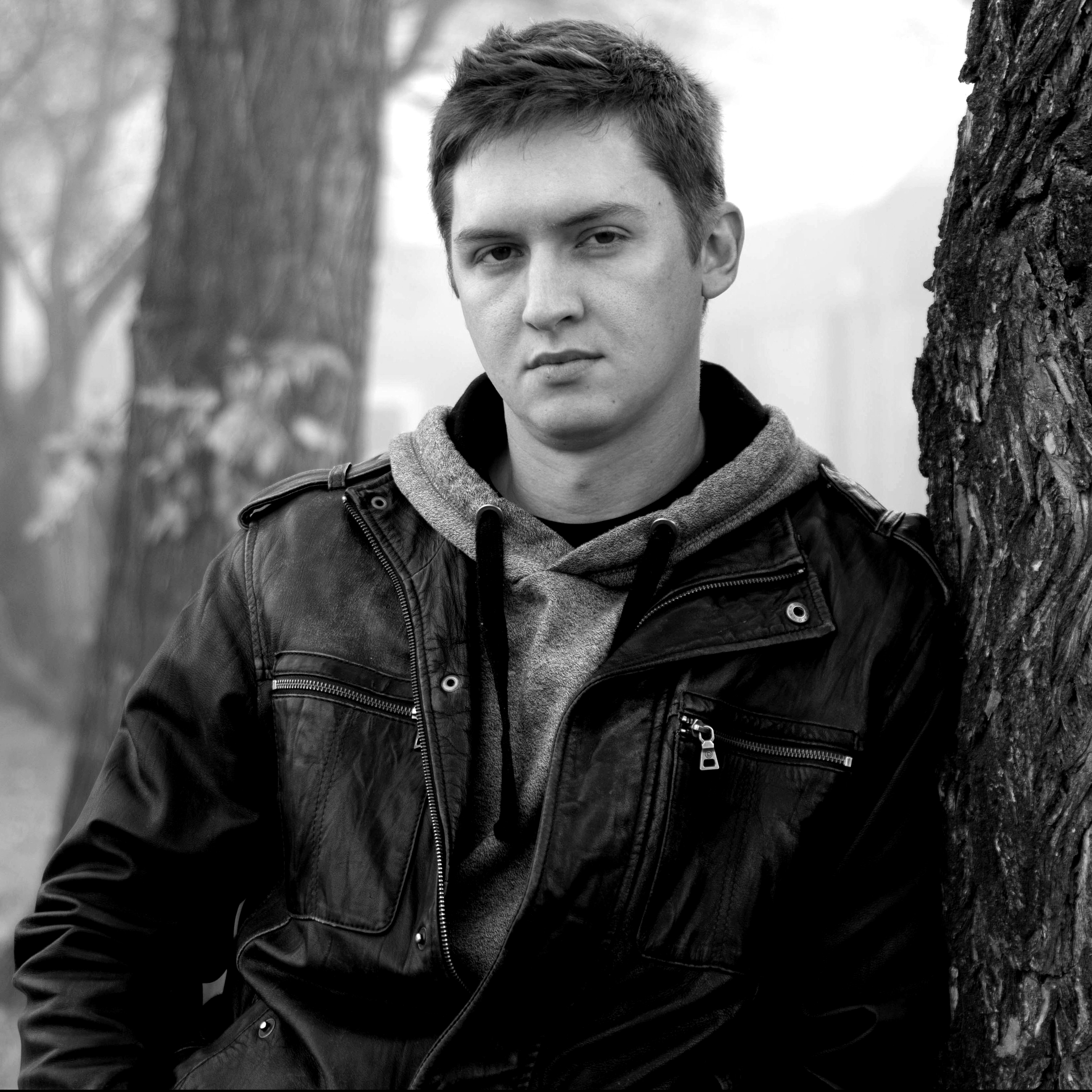 Bewitched at a young age by all things to do with swords and magic, Canadian fantasy author Timothy J. R. Rains spent his youth slaughtering Minotaurs in the misty woods of rural Nova Scotia.

He studied cartography at the Centre of Geographic Sciences and has a degree in theology from Briercrest College. When he isn’t caught up in another dimension, he’s usually out in the middle of some cold river with a cigar in his teeth and a fishing rod in his hands. He lives with his wife and daughter in Riverview, New Brunswick.

Timothy J. R. Rains was born in Vancouver but moved to the Maritimes when he was very young. He grew up in Stewiacke, Nova Scotia, a small town with a population of just 1,300 souls. Best known for being more or less halfway between the equator and the north pole, this tiny gathering of drugstores and laundromats is located in the very middle of Nova Scotia, just east of where the Stewiacke River and the Shubenacadie River wind together in a swirling tide of red mud. It is a green place, surrounded by forests and farm fields. But, like many Maritime communities, a veil of gloom hangs over it; and even on the sunniest of days, it seems shrouded in a shade of grey. Yet, in the damp woods on the outskirts of Stewiacke, the imagination of a young boy flourished.

He spent many days tramping through misty pastures and sun-dappled forests, clad in gleaming armour, in search of treasure and fair maidens kept under guard by false-knights and mythic beasts. He littered the woods behind his house with the bodies of his foes, splashing the trees with black and crimson, and blasting orcs and faerie-folk into piles of ash with mage-fire from his fingertips.

Being of a brooding, introverted personality, Rains tended to be an outsider—perhaps even a recluse. He had friends, but preferred to be alone where he could escape into vivid realms of magic and peril.

An avid reader from an early age, he loved King Arthur, Robin Hood, Charlemagne and all manners of mythology. He devoured Brian Jacques. He worked through many of the Dragonlance books, his favourite being the War of Souls trilogy. When he was sixteen, he discovered Sabriel in his school library. And while he was in Saskatchewan, doing a theology degree at Briercrest College, his sister gave him The Longman Anthology of Gothic Verse, which introduced him to Romantic poets like Percy Shelly, Samuel T. Coleridge, and Lord Byron—who have been largely influential in his work.

An artist by nature, it was perhaps inevitable he’d become a writer. But before writing books, he wrote music. He was the singer, lead guitarist, and frontman for several metal bands. He even recorded a demo album. It was quite terrible. He has also dabbled in painting from time to time. He favours the impressionist style and is quite fond of Emily Carr’s work.

Rains started writing while studying cartography at the Centre of Geographic Sciences in the Annapolis Valley. He had just ended a three-year relationship, and the world of knights and tragic heroines was an ideal place for him to sort through his emotions. Since then, writing has become for him a rule of life.

From April to September, Rains exercises his dominion over the Earth, spearing whales in the North Atlantic—though he sometimes settles for trout. Some of his other interests include barbequing, chess, and wandering deep into the woods. He’s also a fan of boxing and likes to support his local fighters by getting out to see the odd match when he can. He even throws a few punches himself, and though he hasn’t belonged to a club for a number of years, shadowboxing is a regular part of his workout routine.

Currently, Rains is hard at work, grinding out his next spell-binding story.